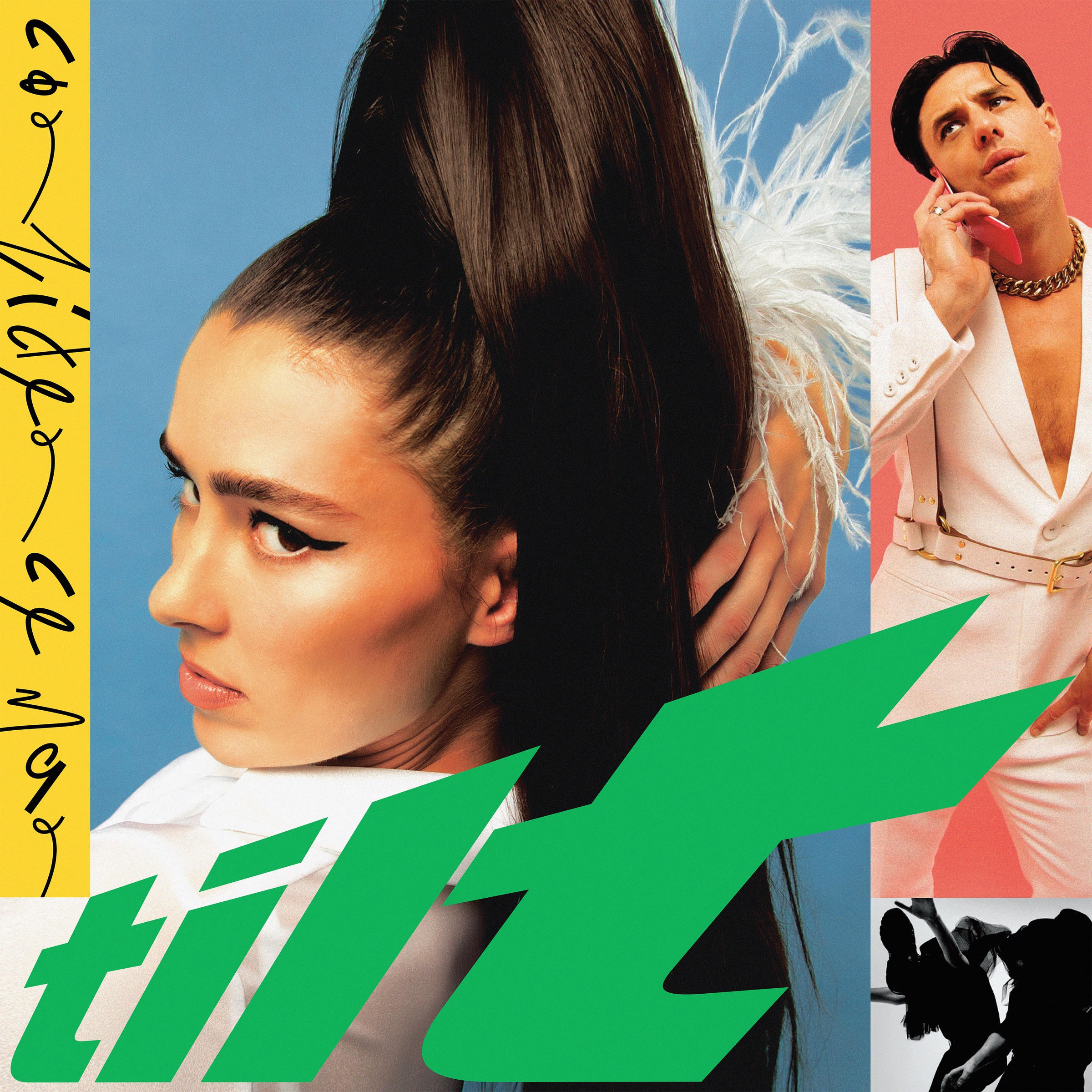 Credit: I Oh You

Confidence Man may cosplay as superstars on the outside, but Tilt is brimming with originality and talent.

The Confidence Man hype train is building momentum. It’s time to get on while you still can. Having been left screaming after their set at Get Together festival back in May, and having been blown away once again from the comfort on my sofa watching them at Glastonbury, 2022 is turning into their year.

Frankly, when you look at what they do as artists, it seems inevitable. In the world of their music, Confidence Man are superstars, caricatures of real life ones strained through a most brilliant lens of queerness and mocking. Their second album elevates all of that to new highs.

Their act demands commitment. Stage names, stylised fonts, coordinated outfits, songs about a non-stop party lifestyle; so deep is the undertaking that Tilt could have sold 1 copy and it would still convince you that the duo had made it in the big time.

More importantly, however, all of their effort into those areas allows the real success of the record to bloom: Tilt is an astonishing straddle of satire and passion. It jibes at egotistical pop music with its nugatory nothing-lyrics, yet displays the most genuine of love for House music in its songwriting. It possesses an uncanny ability to switch from the almost comedic to the rewardingly serious. Watch how smoothly the euphoric highs of ‘Feels Like A Different Thing’ swaps places with the outright hilarious ‘What I Like’ without flinching for a second.

“It possesses an uncanny ability to switch from the almost comedic to the rewardingly serious.”

In another timeline, this album could well have been a mockumentary-style project, something with a whiff of Weird Al Yankovic, depicting a fictional dance duo living it up in the romanctisied world of 90s House music. But the influences they take are done with too much originality for it to be a parody. Flourishes of Acid, Techno, Rave and Deep House whistle by with a particular refinement. Everything is intentional on here.

Thanks to this, you sense that Sugar Bones, Janet Planet and the faceless, hat-wearing Clarence McGuffie and Reggie Goodchild who back them aren’t just doing this out of love, but because they can. Tilt is a product of its time; it makes the most of the distance between itself and the sounds it pulls from, offering a new, decidedly queerer take on House music’s 90s era. It utilises its sources with academic prowess, resulting in characters who play so well into the stereotypes created for them. As a group, they employ all the audio visual tools available these days to create a total experience; everything from their Instagram to the accompanying artwork on the album sleeve speaks nothing else other than “Confidence Man”.

Not only does this all make their vague, non-meaning lyrics even better, it makes the moments they deliver true dancefloor heaven all the more incredible. The dreamy, new age ‘Luvin U Is Easy’ blooms in warmth, whilst that final third of ‘Holiday’ goes to cloud 9. The Europop Ace of Base-esque ‘Push It Up’ is instantly catchy, whilst ‘Toy Boy’ exemplifies the duo’s candid sexiness. Save for its somewhat weaker second half, barely a moment misses the mark on the album.

“It demands to be a standard bearer for a new era of a labeless love, where the product is getting the privilege to witness the hotness of these two.”

It’s quite something then that, with how seriously Tilt takes itself and how developed it is, not a moment of this doesn’t scream queer. This thing is camp and it’s loud. It’s not unapologetic, only because it’s not here to define itself against queer suppresion. It demands to be a standard bearer for a new era of a labeless love, where the product is getting the privilege to witness the hotness of these two.

It’s in this vein that we’re never allowed further beyond their act. Confidence Man keep themselves at a distance from you – your lucky enough to be even hearing about these parties, don’t even think of asking to be invited – but who really cares when everyone is having this much fun. This is camp without the cheeky wink, queerness without the labels. When everything is defined by themselves, there’s no room for guessing. Sugar Bones says at one point “You’re free to love me”, and there’s no doubt that it wouldn’t mean shit whoever was loving him.

If you want to achieve camp, don’t take yourself too seriously. Or at least that what I mentally paraphrased from some episode of RuPaul’s Drag Race a long while back. Confidence Man say otherwise. Their style is undoubtedly camp, but then you look at how seriously they take their act. Their expressions are pretentious. Their inflections are deliberate. The shallowness of their lyrics is entirely intentional. All of it works tremendously.