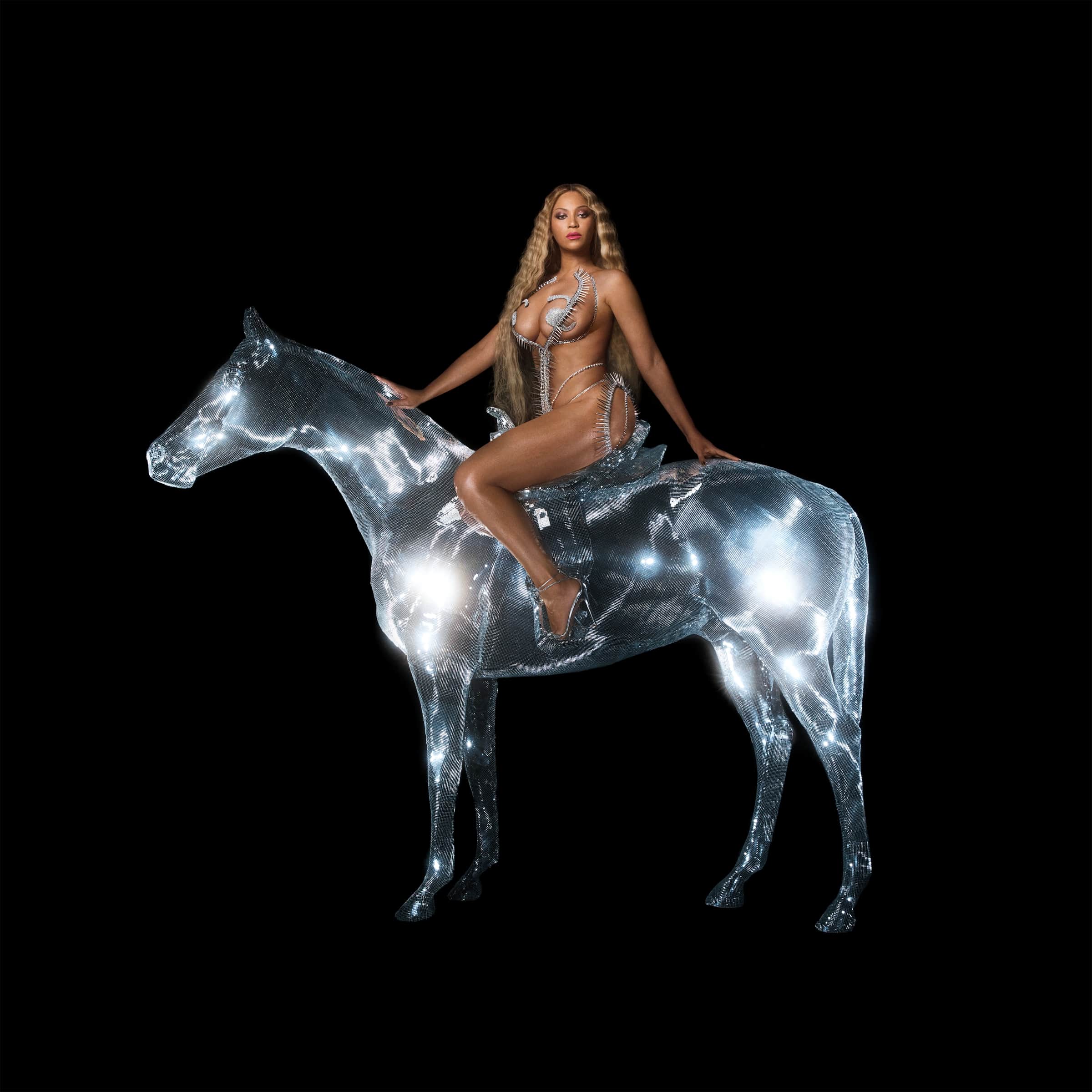 The LGBTQIA+ community have to be wary when it comes to commercialised expressions of our lifestyles, but here, I attest, is one we can put our faith in.

Its our first 9.0 of the year, and an Album of the Year contender!

I’ve been working out to Renaissance for 7 weeks now. Be under no impression that the comments about Beyoncé’s 7th studio album being so infectious it must be laced with illicit substances aren’t true. I can regularly be founding humming hooks from her past material, but this really is another level altogether. It’s certainly made my recent health kick a million times fiercer, that’s for sure.

Renaissance is a lot more than a mere contribution to popular music’s current obsession with 90s House. In her new era, Beyoncé has styled herself as a disco queen-cum-camp house goddess. The years of having a substantially queer audience for whom she never quite stood toe to toe with seem to have changed with this release; this is her way to represent them, thank them and celebrate them.

And my fucking god does she celebrate them. At its core, the album is powered by a library’s worth of samples from across the history of black queer expression – as if she’d have done it any other way – ranging from interview quotes from queer icons to the language of ballroom culture to samples from iconic LGBTQIA+ classics. It’s a rich, deep and informed spread that instills a burning sense of expression.

“Does the half-a-billionaire have the right to make music celebrating breaking out of capitalist work culture? It’s certainly far from reality. ”

Indeed, on the surface, it would be easy to see this almost purely as a bold, camp record destined for gay club dancefloors and voguing. But, deeper down, the perspective she takes is more intrinsic; Renaissance takes its sonic influences of House, RnB and Ballroom and considers their significance to their fans. The freedom of expression and love that their music allows fuels the record’s ambition.

Whether that extends to the supposedly ‘anti-work’ anthem ‘Break My Soul’ is a little more opaque. The cosplaying role she takes on some tracks, imagining herself and her friends as having “just got paid” and working 9-5 jobs, doesn’t really click for someone who’s net worth is north of $500 million. Does the half-a-billionaire have the right to make music celebrating breaking out of capitalist work culture? It’s certainly far from reality.

But then again, as user G.O.Z. from RateYourMusic duly notes, “Beyoncé hasn’t been relatable to the average person since she was talking that “you must not know ’bout me/I can have another you in a minute/matter fact he’ll be here in a minute” shit on “Irreplaceable”. What she has long offered is a place for her fans to romanticise their own lives. Work sucks as it is – kicking down dancier methods of venting those feelings might not be the best way to deal with that.

Bey’s eternal talent has been the interpersonality she instills in her music. Her desire to have her audience represented has always been strong, but on Renaissance, it’s more conceptual than ever. Not only has she given us a bible of new quotable lyrics – “It should cost a billion to look this good” and “Feed you diamonds and pearls” to name a few of my favourites – her deliberately queerer angle feels like her queer fans are being seen more than ever.

“They’ve managed to produce possibly the only remix of ‘I Feel Love’ I will ever accept, and it’s an incredible way to close the record.”

Better still, this commercial appeal to the LGBTQIA+ community works, which is especially refreshing when many recent attempts – looking at you, Miss Swift – have been downright insulting. Beyoncé actually feels like she’s coming from a place of genuine interest. Name checking her gay cousin Uncle Johnny on ‘Heated’ and building a lot of the record on the inspiration his culture gave her is one thing, but it’s what she adds on top that makes it all the better.

Her team have produced a phenemonally informed, fully realised sound that runs deep with black, queer influence. They’ve managed to produce possibly the only remix of ‘I Feel Love’ I will ever accept, and it’s an incredible way to close the record. Her entire demeanour on the album seems to round-up her career up to this point, producing yet another astonishing piece of black expression that only cements her place in pop culture history further. She collaborated with Grace Jones for fucks sake. How much gayer do you want it to be?

The depth of the album makes it far too complicated to note down every single moment that leaves you with goosebumps, but here are the highlights of the highlights for me. The transition from ‘Energy’ to ‘Break My Soul’ is world-beating. ‘Church Girl’ is one the single most addictive things she’s ever given her voice too – what an absurdly fun, moving track (Check out Ms Kim Hale dancing to it and bask in the joy). ‘Thique’ makes me feel things I daren’t write on this blog. ‘Alien Superstar’ may just be the track to end all Beyoncé tracks. @TwoGayMatts on TikTok spied that its chorus evokes a whole lot of Prince, and that makes me very happy indeed.

“How many people, especially black and queer people, will find reason to be themselves and express themselves how they want to thanks to this album?”

Cosplaying as a 9-5er feels off in a time of immense wealth disparity, but then again, it’s far from the only thing that underpins Renaissance. Beyonce’s power to “mediate commercial and critical sensibilities” as Eric Fram puts it is a talent we shouldn’t take for granted. Late-stage capitalism has brought marketing closer to everything we do – let’s not kick down the people who can still entertain us whilst doing it.

Alongside her Homecoming performance, this is probably the greatest achievement she has made in her career thus far. If the other two parts of the final project that are yet to come – potentially including a visual album that will probably take over my entire life – this may well be the magnum opus of the Beyoncé phenomenon.

Ultimately, it’s expression that powers Renaissance. Beyoncé’s tapestry of black, queer expression strikes a near perfect balance, taking a comprehensive, celebratory look at its history and offering 61 exceptional minutes of new, Bey-ified material to take into the future. This is unquestionably her record, and yet she manages to feel more inclusive, more open than ever.

The sheer impact she has had over the last 25 years, and the inspiration she instills in millions of fans, gives Renaissance a particularly special aftertaste. How many people, especially black and queer people, will find reason to be themselves and express themselves how they want to thanks to this album? The LGBTQIA+ community have to be wary when it comes to commercialised expressions of our lifestyles, but here, I attest, is one we can put our faith in. This white bi boy sees himself in Renaissance, and there isn’t any higher praise I can give than that.